John is a passionate advocate and nationally recognized as a member of the American Board of Trial Advocates, Academy of Truck Accident Attorneys, Lawyers of Distinction, Top American Lawyers, The National Top 100 Trial Lawyers, Trial Masters, Keenan Trial Institute – Master’s Graduate, and is a verified Multi-Million Dollar Advocate. Best of the Bar has verified that he has obtained settlement in the Top 100 both nationally and in Hawaii. He is a member of the American Bar Association, Colorado Trial Lawyers Association, Massachusetts Academy of Trial Attorneys, Hawai’i Association of Justice, Lawyer-Pilot Bar Association, American Association of Justice and a member of the state bar associations of Colorado, Hawaii, Florida and Massachusetts. 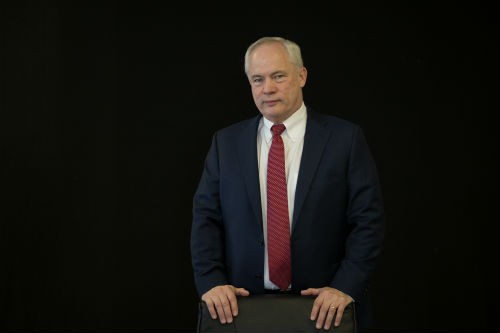 He is admitted to practice law in Hawaii, Massachusetts, Colorado, and Florida, and is also a member of the Federal Bar for the 1st (District of Massachusetts), 9th (District of Hawaii), 10th (Colorado), and 11th (S.D. Florida) Federal Circuit Courts. In addition to multiple state and federal admissions he is also licensed as a patent attorney with the United States Patent and Trademark Office.

He is a Commercial Pilot who started flying while in college and continued until achieving his Single-Multi Engine Land and Sea with Instrument Rating. He has represented families of those killed in aircraft, those injured in helicopter crashes; those hurt in aviation instruction crashes; as well as those hurt in large airliner accidents and emergency evacuation incidents. He has also represented families of those killed in air show accidents and mid-air collisions.

When he was in high school he started his diving training with the YMCA and is now an experienced certified advanced scuba diver who has been litigating scuba diving and maritime accidents over the past thirty-eight years.

In the 1980’s, Mr. O’Connell started his career at the Boston law firm of Parker, Coulter, Daley and White where he got his start working on aviation and other complex personal injury cases. He founded his own law firm in Massachusetts in 1986, in Florida in 2004, became a partner in the Colorado law firm of Lee, Meyers and O’Connell, LLP in 2014, and is now the founder of O’Connell and Associates in Hawaii.

In addition to his undergraduate training at Salem State University in Massachusetts, he was a chemistry major at Oregon State University, studied physics at UMass Boston, and has taken master’s level courses in computer systems design and analysis at Boston University. Mr. O’Connell now restricts his practice to the preparation and trial of serious personal injury cases.